Extracurricular
“It is the most potent of all sheets of paper: the ballot.”
—Philip Loring Allen, 1906 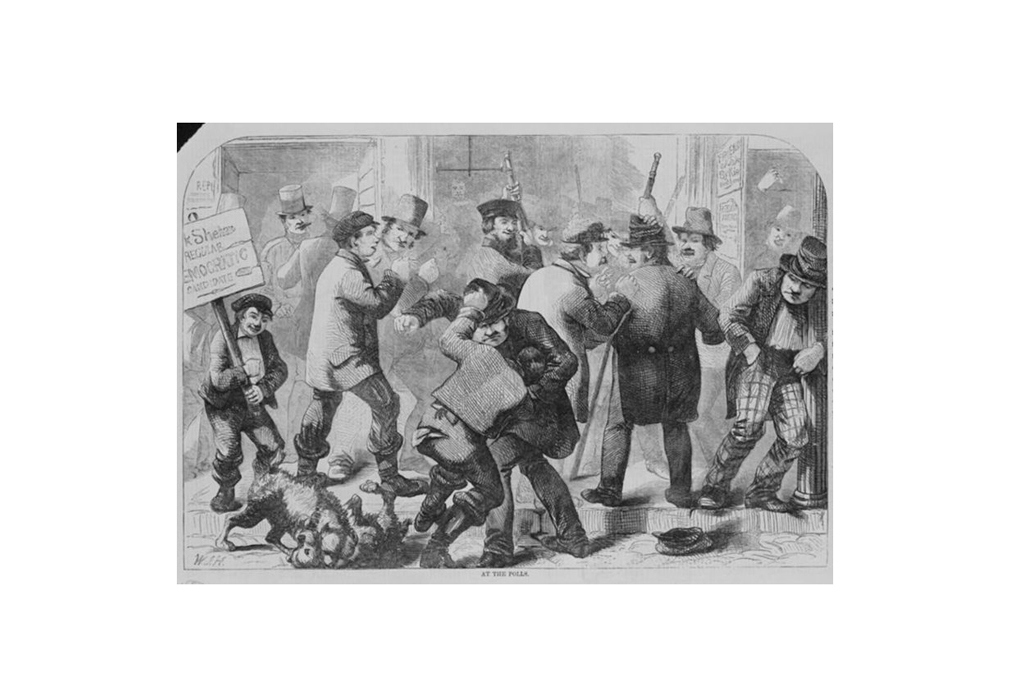 Prior to 1800 in America, the act of voting required only one thing: your voice. The ‘viva voce’ system called for the citizen to verbally announce their preference to a clerk who registered them in a pollbook. This system worked fine for small scale elections but got a little trickier with a larger crowd. In 1790, the population of the early republic was less than four million. In the next eight years, it increased tenfold, making the voce system even more unwieldy. (image: The Election…at the Polls/W.J.H. Harper’s Weekly, Nov 7, 1857, v.1. Courtesy Library of Congress.) 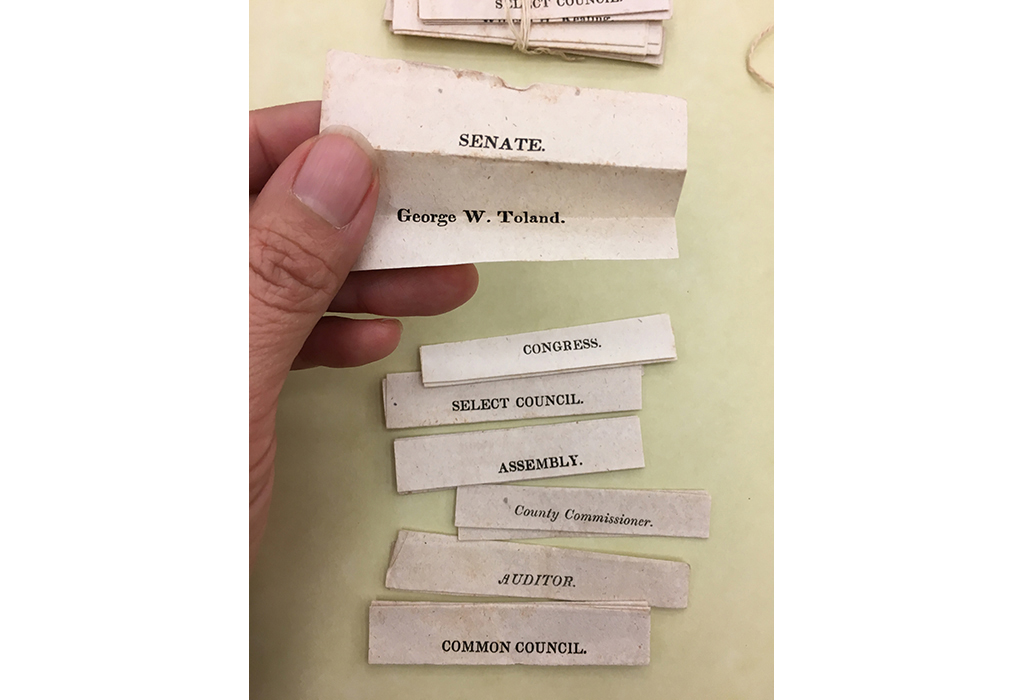 The first use of paper ballots in the United States was in 1634 in Massachusetts, but the system took a while to catch on. Early ballots were scraps of paper where the voter wrote down their candidates names, or they were cut from a ‘penny press’ newspaper. Better still, preprinted ballots might be provided at the polling place, along with some persuasive cash. But the process of having your vote counted still entailed walking up to the election platform and handing over your ballot through a window to be counted. Given accounts of the raucous, carnival-like atmosphere of election days where ‘whiskey flowed like water,’ this was often no easy feat. (image: F25, The Huntington Library, San Marino, California) 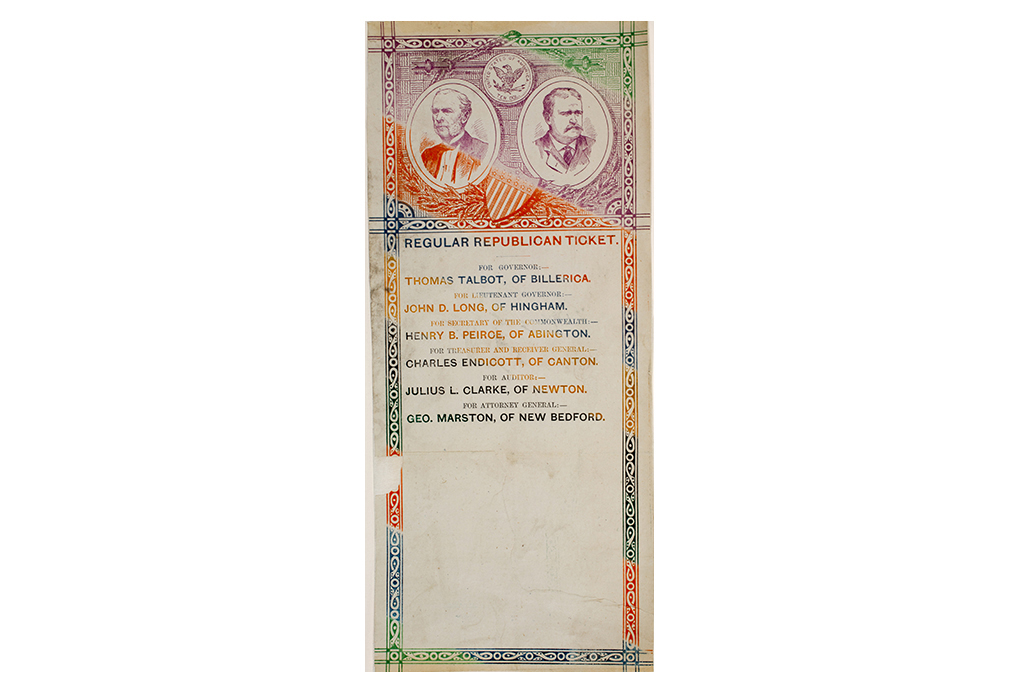 The Constitution left the conduct of elections up to the states, providing opportunities for interpretation and distribution. During this era of pre-regulation (1790-1890), ballots were printed and distributed not by the government, but by political parties. Examples from this era are often a riot of colors and showcased impossible feats of typographic dexterity and innovations in chromolithographic printing methods. (image: Courtesy American Antiquarian Society) 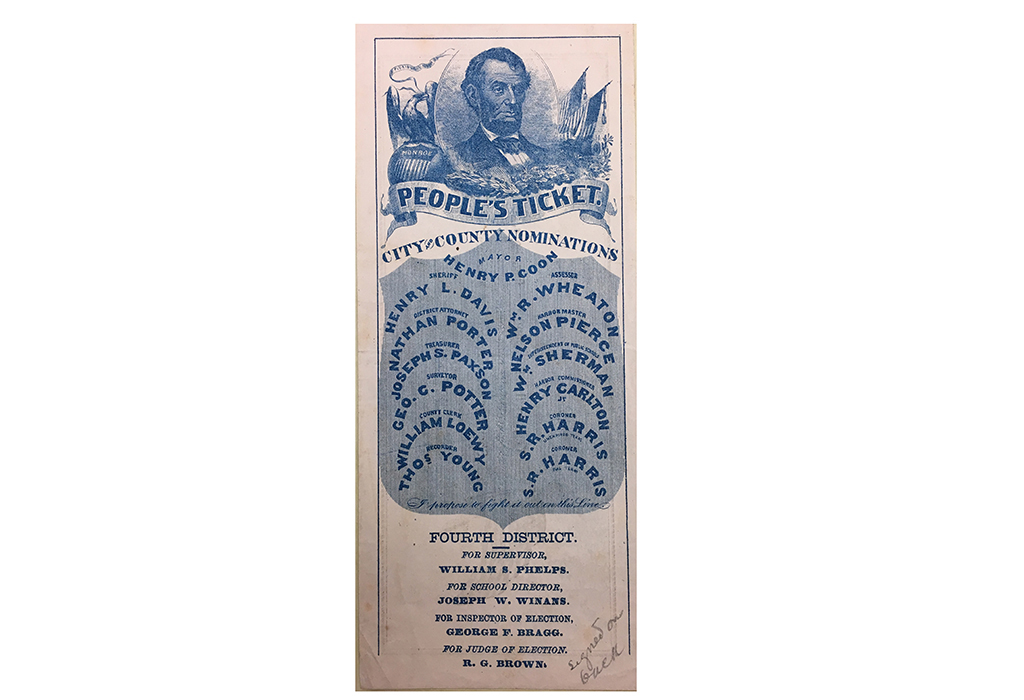 Ballots of this period also show examples of insurgent responses and safeguarding efforts in the design. To foil ‘pasters’ who would paste alternative candidate names on top of pre-printed ballots, names were typeset in elaborately curved type. (image: F29, n.d., The Huntington Library, San Marino, California) 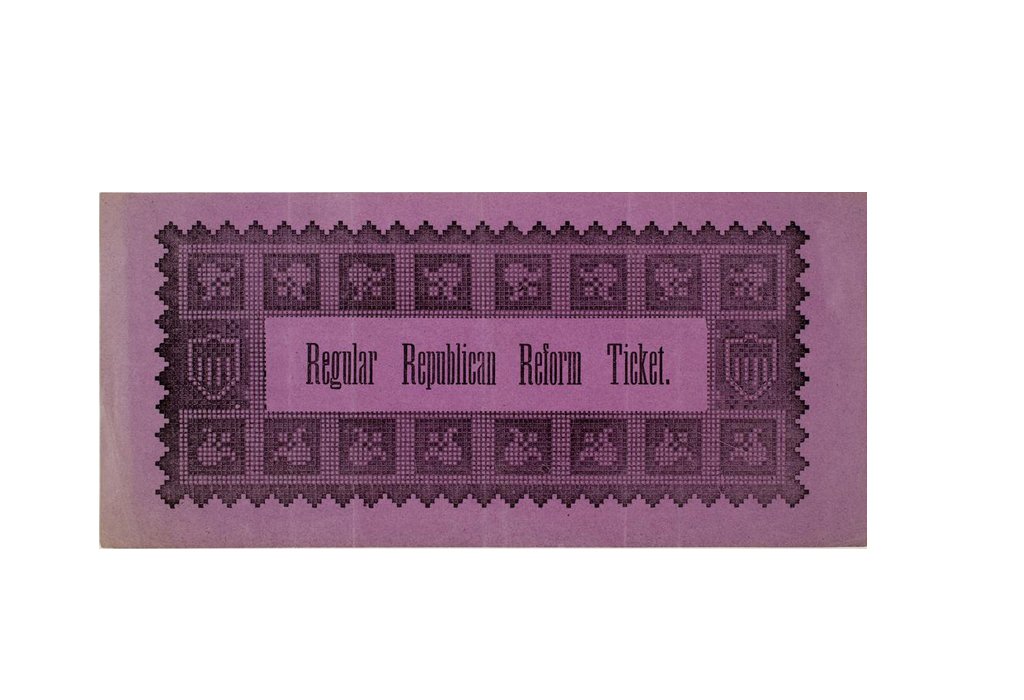 Other ballots had elaborate designs on the verso, not only to deter forgeries, but to reinforce it as an object of distinction. Materiality was also used to visually declare you party affiliation, with many ballots printed directly onto brightly colored paper stock. (image: Courtesy American Antiquarian Society) 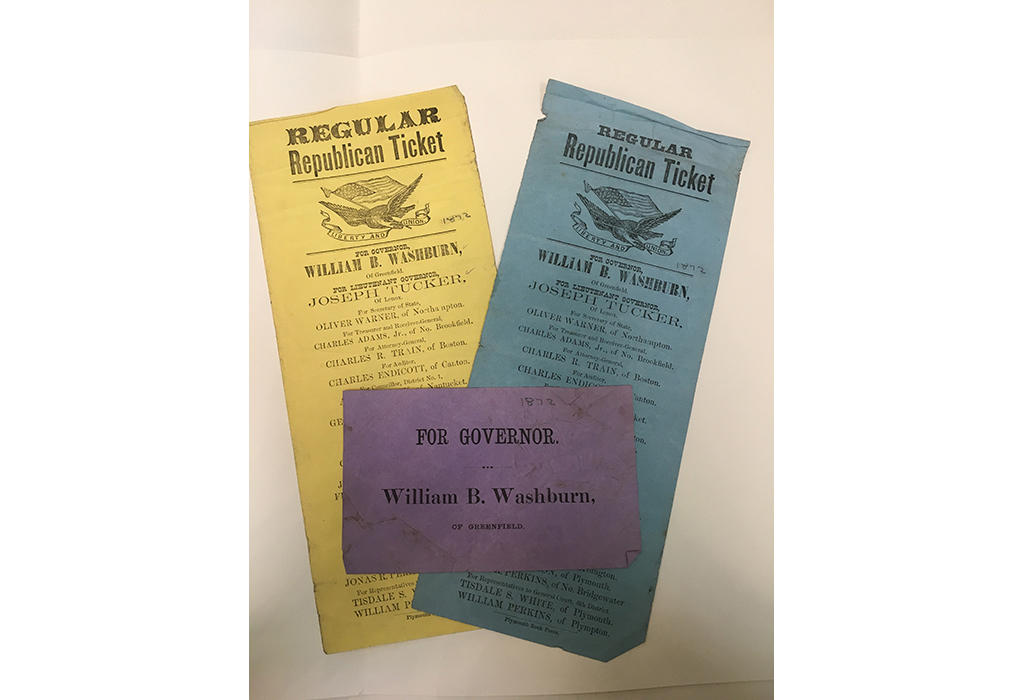 It is difficult to fathom a period where the ballot was not provided by the government nor cast in private. The fugitive ephemera that remains is not only a fascinating study of information design, production and distribution methods, but a direct portrait of the democratic process during the volatile period of Reconstruction. This is what democracy looked like.